As we know the Aligarh Muslim University is an academic Institution of International Importance offers more than 300 courses in both traditional and modern branches of education. Academic excellence and cultural ethos of AMU needs to be projected and propagated worldwide more effectively in a positive way. In the fast changing technological world, the role of media has become very important in disseminating the information to have a maximum reach.

The supreme interest of Sir Syed's life was education in its widest sense. He wanted to create a scientific temperament among the Muslims of India and to make the modern knowledge of Science available to them. He championed the cause of modern education at a time when all the Indians in general and Indian Muslims in particular considered it a sin to get modern education and that too through English language. He began establishing schools, at Muradabad in 1858 and Ghazipur in 1863. A more ambitious undertaking was the foundation of the Scientific Society, which published translations of many educational texts and issued a bilingual journal in Urdu and English. It was for the use of all citizens and were jointly operated by the Hindus and Muslims. In the late 1860s there occurred some developments that were challenges to his activities. In 1867 he was transferred to Benares, a city on the Ganges with great religious significance for Hindus. At about the same time a movement started at Benares to replace Urdu, the language spoken by the Muslims, with Hindi. This movement and the attempts to substitute Hindi for Urdu publications of the Scientific Society convinced Syed that he should do something. Thus during a visit to England (1869-70) he prepared plans for a great educational institution. They were "a Muslim Cambridge." On his return he set up a committee for the purpose and also started an influential journal, Tahzib al-Akhlaq "Social Reform" for the uplift and reforms of the Muslims. A Muslim school was established at Aligarh in May 1875, and after his retirement in 1876, Sir Syed dedicated himself to make it a college.

The Aligarh Summer University program was started in the year 2000 by a small group of alumni led by Prof. Asad Ahmad, University of Alberta, Canada, to strengthen and enrich the existing educational program at Aligarh Muslim University (AMU) by providing new knowledge and technology to the students.  It was felt that by offering new knowledge and technologies to AMU students and to provide advice to promising students for higher studies abroad and for various national competitions. Thus, we may hope to assist them in achieving their chosen goals in their lives.

The Summer University Program used to run on a voluntary basis and all instructors (that include both alumni and friends of Aligarh) have supported their participation themselves. Initially, the idea was to invite other established researchers, academicians, professionals, scientists and experts from around the globe to participate in this program as we move forward in the right direction.

During the recent visit of the Vice Chancellor, Professor Tariq Mansoor to USA (Summer 2017), and his meetings and interactions with US based AMU Alumni Association members, it was felt that after the sad demise of Professor Asad Ahmed, University of Alberta, Canada not much progress has been made with regard to summer school.  It was also realized that AMU Alumni and friends of AMU can visit the institution throughout the year. They may not wait until summer as many of them are preoccupied with their professional career. To maximize the participation and to make it an open programme throughout the year and keeping the suggestions of the members of the AMU Alumni Association, the Vice Chancellor Prof. Tariq Mansoor has suggested that it should be renamed as Aligarh Open University (AOU).

Technically, AOU could not be named, hence it is now called as Aligsť Academic Enrichment Programme

To carry the legacy of the great reformer Sir Syed Ahmad Khan, Professor Tariq Mansoor in his vision statement stated that he will implement ťSir Syed's vision of imparting modern education, particularly for the "Millat", and will be focusing on ť to prepare students to qualify in competitive exams for central services, Armed Forces, IITs, IIMs and leading industries. We will also aim to produce top professionals in Medicine, Engineering, Law, Management, Sciences and Humanitiesť. 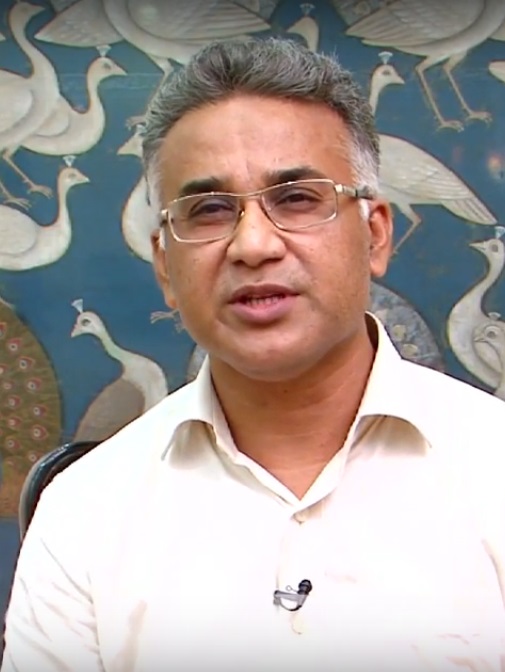