The Aligarh Muslim University, right from its inception, has tremendously contributed in educational uplift of  the people of India in general and Muslims of the country in particular.

The Parliament of India has recognized this fact explicitly while passing the AMU Amendment Act, 1981. Section 5(2)(c) of this Act unambiguously empowered the University   "to promote especially the educational and cultural advancement of Muslims of ".
This section is unique in the sense that it confers on the Aligarh Muslim University the power to carry out extension work of specified nature all over the country for the educational and cultural uplift of the Muslims.  No other University appears to have been vested with this kind of power.  Consequent upon, the  Muslim University initiated a number of activities conducive to the intent of the provision given under Section 5(2)(c). As a sequel of these initiatives, the University established  a Centre -- Centre for Promotion of Educational and Cultural Advancement of Muslims of India (CEPECAMI) in 1988. The Centre was established on the recommendation of a committee appointed by the Academic Council of the University under the Chairmanship of Prof. Mohammad Shafi (a well-known Geographer of India and former Vice-Chancellor of the University).  Subsequently, the Executive Council of the University constituted a committee under the Chairmanship of Mr. Saiyid Hamid, the then Vice-Chancellor of the University with such other  luminaries as Prof. K.A. Nizami, Prof. Fakhruddin Ahmad and Prof. S. Aftab A. Zaidi as its members for reviewing the progress of the Centre and formulating action plans for its establishment.
The Centre has been conceived primarily to act as monitoring and coordinating agency as well as a catalyst for all welfare and uplift activities including those, which the Government has launched for the minority welfare.

Aims of the Centre:
The Centre primarily aims to act as an agency to evaluate, monitor, coordinate and catalyze all welfare and uplift activities including those, which the government under various schemes, has initiated.  NGOs involved in similar work would also be taken into consideration for evaluating, monitoring, coordinating and catalytic action.

It is a well-known fact that there is an acute dearth of empirical data about the socio-economic and educational condition of Muslims in various parts of the country. No meaningful policy of their welfare can be formulated and implemented if  the policy makers are not aware about the  real conditions of Muslims. Therefore, one of the very significant aims of the Centre is to generate an empirical database of Muslims through surveys. 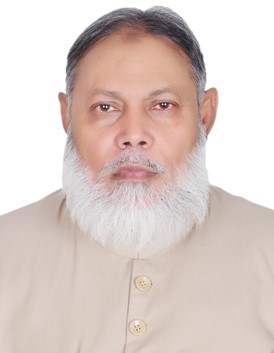