Maohammad Habib was born in 1895 at Lucknow in the illustrious family of Mohammed Nasim, a leading advocate; Mohammad Habib studied at the M.A.O. School and College. He topped the B.A. examination of the Allahabad University in 1916. The M.A.O. College was then affiliated to that University. He then proceeded to Oxford for higher studies.

It was there that he received his baptism in nationalism. He was among the organizers of the Oxford Majlis, which he served as president for one term. The ideas of his liberal-minded tutor Ernest Barker, a meeting with Ms. Sarojni Naidu, a reception of Yeasts and the patronage which he received from Mohammad Ali, who visited London those days, played a role in shaping young Habib's ideas. At the call of Maulana Mohammad Ali, Habib returned to India to teach at Jamia Millia Islamia but apparently never became a regular member of its staff. When the non-cooperation movement was called off in 1922, he accepted an appointment as Reader, and almost immediately afterwards as Professor, at the newly chartered Aligarh Muslim University.

In 1926, he won the election of the U.P. Legislative Council as a Swarajist. The next year, he married Sohaila, daughter of Abbas Tyabji a noted disciple of Mahatma Gandhi. Soon after Habib became a great admirer of Jawharlal Nehru and gave a considerable part of his income to the Congress Party.

At Aligarh, Habib made his mark in many ways. As an academician, his great emphasis was on writing history based on original sources, and he encouraged the study of aspects of history other than dynastic or political. He himself wrote on social and cultural history, and painstakingly unraveled the history of Muslim mystics for some of whom he came to cherish an almost personal affection.

In the forties, his interest in Marxism heightened; and in 1952 he presented in a remarkable piece, his introduction to a reprint of Elliot and Dawson's History, Vol. II, an interpretation of early medieval India deeply influenced by Marxist ideas. He visited Paris to represent his country at the UN General Assembly, followed by a trip to Peking (now Beijing) in 1952 on the first goodwill mission from India to People's Republic of China.Both the visits strengthened him in his belief in the need for India to help countries resisting imperialism. He kept nursing the sapling of liberalism in the portals of the University.

He retired in 1958 but was appointed Professor Emeritus. He lost neither his interest in politics nor in research work. He contested for the office of the Vice President of India in 1969 as a candidate of the combined opposition, partly because he was critical of the government policies, and partly because, as he cheerfully told Press Correspondents, he was going to lose. He died on 22 June 1971 following a brief illness.

Mohammed Habib Hall was established in 1972 and was inaugurated by Professor Abdul Aleem, the Vice-Chancellor. The Hall with a number of 375 rooms was originally meant for Research Scholars. With the passage of time, students from various disciplines were admitted. The present strength of the Hall is 925. There are only three hostels: 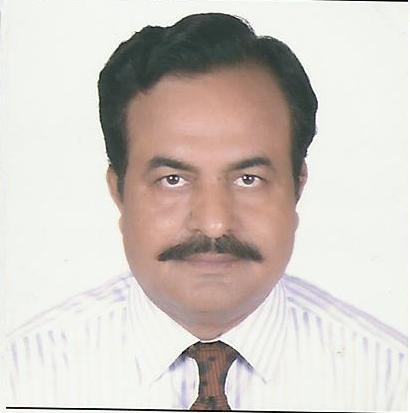