An Overview to his life and contributions

rof. Syed Hadi Hasan born on September 3rd, 1896 in the City known for origin of Urdu poetry, Hyderabad,. He was bestowed with a highly reputed and educated family. He belonged to a very distinguished family of Saadat-I-barha. Among his ancestors, Ata Hussain, Tahsin, was a prominent Sholar of Etawah, Uttar Prasesh and his father Syed Aneer Hasan was commissioner in the then Hyderabad state of erstwhile Nizam`s Rule. He was nephew of Nawab Mohsinul Mulk Syed Mahdi Ali Khan, a close companion of Sir Syed Ahmad Khan.

Hadi Hasan was sophisticated to the very depths of his being because of early care and training by his Persian Mother. He was capable of casting the spell of his unique personality on whomsoever he came across even at the first encounter. He attracted people of all shades of opinion around him with a magnetic charm. He bore upon himself all the graces of his aristocratic origin and the imprint of vigorous incisive and discriminating mind. He inspired confidence and affection among his associates and admirers and was always moved by a sense of charity and benevolence whenever he saw anyone in distress.

After receiving his early education in Hyderabad, Hadi Hasan joined Ferguson College, Poona to peruse Bachelors degree in Science. Being brilliant in academics he was awarded scholarship of Hyderabad state. Then be moved to England to peruse his higher students. He took Tripos in Botany from Cambridge. Hadi Hasan was very efficiently perusing his academics but at the same time in India Non cooperation movement by Mahatma Gandhi and Khilafat movement by Ali brothers was taking momentum. The love for the country and his patriotic ideology forced him to return and join the fight for independence. He worked ceaselessly for the emancipation of the country from the British rule. Due to his sincere and selfless dedicated services for country`s cause, he earned admiration of many senior leaders including Mahatma Gandhi.

Hadi Hasan joined the Aligarh Muslim University as Reader and Head in Department of Botany owing to his undisputed achievements in academics. Besides his accolades in Botany, he soon distinguished himself as a well grounded scholar of Persian literature.

He again went to England by taking loan from university owing to his interest in Persian to achieve doctorate in Persian. He passed very hard days in England during his stay, but with strong determined mind he surpassed all the adversities and overcame all the difficulties. He obtained Doctorate in Persian from London School of Oriental Studies.

After his return from England he was appointed as Prof. and Head of Persian department. During his tenure he established separate department for Persian at University of Hyderabad, Patna Lucknow. With his influential works he not only enriched Persian literature but also secured it in the curriculum of the Indian Universities endeavoring for status of Persian   teachers in the country. He played an important role in communication between   Indian and Iranian Intellectuals. He represented India at the millennium Celebrations of Firdaus in Iran and his outstanding performance not only raised the image of Aligarh Muslim University but also strengthened the cultural and friendly relations between the two countries.

His contribution to Persian literature was immense.  He also received international acclaim for many of his works. Chief of his works are studies in Persian literature (1923), A History of Persian Navigation (1928), Falak-I shirwani: His life, Times and works (1929), Diwan-I Falak-I-Shirwani (1930), Radiu`d-Din-i-Nishapuri: His life and Times (1940), Mughal Poetry:  Its Historical and Cultural VIaue (1952), Qasim-I-Kahi: His Life,Times and works (1954), The Unique Diwani-i-Qasim-i-Kahi (1956),Majmu`ah-i-Maqalat (1956),Shakuntala, translated in Persian (1956),Researches in Persian Litrature (1958) etc. He led the life a dedicated scholar till his last. At the time of his death his two work s entitled, Golden Treasury of Persian Poetry and Qasim-i-Kahi, vol.II, were in the press. He was preoccupied in the correction of proof of these works when his appointed hour came. After the death of the Author, Masood A. Mirza Qaiser had the privilege of printing Qasim-i-Kahi in 1963, while Golden Treasury of Persian Poetry was revised and edited in 1966 by his illustrious student, Dr.M.Shamoon Israili, He also dedicated one of his works to his beloved wife, Begum Kshwer Hadi and remembered her death as 19,5,7 which depicts the complete chronogram of her demise, for 19 gives the century and also the hour, 5 gives the month and 7th day, i.e. 1957 A.D., 7 p.m May the 7th Hadi Hasan was not confined to Persian but he was also deeply  interested in Mathematics , History, Astronomy, and Sanskrit  drama. He translated Kalidas` Shakuntalam into England and while staging it, used to play the roles of different characters by himself. Prof. Hadi Hasan being a great humanist, Patriot and linguist of international fame, got recognized by many institutions of the world. In 1959 the president of India conferred him a certificate of honour and Robe of Honour with an annuity of Rs. 1500. This award was introduced in 1958to honour the scholars in Sanskrit, Arabic and Persian language. Thus Prof. Hadi Hasan might be the second person to receive this prestigious award. In 1960, the Imperial government of Iran bestowed him its highest academic award, the Nishan-i-Danish for the first Grade scientific Order.

Hadi Hasan had many milestones of distinguished services to Aligarh Muslim University, but the silver lining is marked by his contribution in establishment of Medical College at University due to which our hall is named after this Mega personality. At the instance of Sir Ziauddin Ahmad, the then Vice Chancellor he traveled throughout India and collected a sum of Rs.30 lakhs. The establishment of Medical College at AMU was a long cherished dream of his life and he saw his dream fulfilled when he himself inaugurated the Medical College named after our first Prime Minister Jahaharlal Nehru. Apart from his academic contributions he also had remarkable administrative skills. He worked as Provost of V.M. Hall, Dean Faculty of Arts, in charge competitive examination and employment exchange. His methodology of working   had ethical sense and he brought dignity to it by his sincere and selfless work.

Owing to his professional accolades he was appointed as professor for 2 years after his retirement under UGC`s scheme. UGC also selected him a great of 4000 Rs. Per annum. He served AMU for sincerity till September 3rd 1958.

Hadi Hasan was an orator par excellence. His art of public speaking was not only admirable but also enviable. He could move his audience to tears or laughter whenever he so desired. He could speak England, Persian and Urdu, especially the first two languages, with remarkable fluency, ease and effectiveness. He was God gifted with a prodigiously tenacious memory and could quote anecdotes and fragments of poetry expensively and without interruption or a sense of embarrassment. When the Shah of Iran Mohd. Raza Shah Pahalvi and Queen Surrayya Shah Pahalvi visited AMU, he welcomed the Shah in Persian on behalf of the Student`s Union on February 2nd, 1956. The Shah and the Queen sat spell bound while Prof. Hadi Hasan was speaking. So impressed was the Shah that when he rose to address the students he paid his tribute to the great scholar  orator saying that should his college days return he would deem it a privilege to become a student of Prof. Hadi. Dr. Zakir Hussain, who was Vice President of India and a close friend of Hadi Hasan, remarked.

?Dr. Hadi Hasan was one of the most talented persons I have met. Starting his career as teacher of science, a Professor of Botany, he allowed his passionate love of Persian literature, which he may have inherited from his Iranian mother, to pervade and possess his mind, so that he to go back to the University of London for higher research in the History of Persian which he secured on his return to the Aligarh Muslim University and held almost to the end of his life. His valuable work as a scholar and teacher, his brilliant achievement as an orator, but above all, the paternal love and care which he bestowed on his students won for him universal regards and affection. Though his corporal life has come to an end, yet he continues to live in the minds of his many pupils and friends?.

Prof. Hadi Hasan lived in name and fame throughout his due to his sterling qualities of head and heart and brought great honours to the university and nobility to the teaching community. He left this world for his heavenly adobe on May 23, 1963 and was laid to rest in the University Graveyard the next morning. 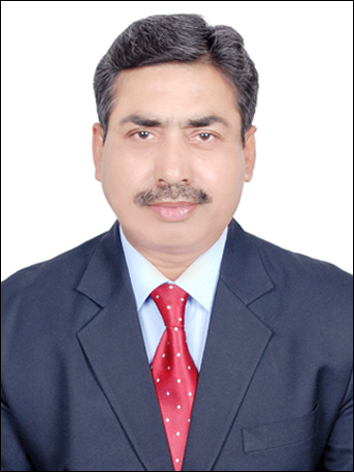