Notice: Schedule of Admission Formalities of students of Abdullah School of class VI

Notice : Regarding remaining examinations of Class X & XII of the year 2020 of AMU Board of Secondary and Sr. Secondary Education

ABK Union High School was founded in 1946 by AMU Students Union as Madarsa somewhere at Jamalpura. Initially the school was established with the aim to teach Urdu and impart lesson in the recitation of the Quranul Majeed to the Children of the grade IV employees of the University as well as educationally down trodden sections of the Muslim Community residing around the Campus.

The Madarsa was shifted to a big room near Sir Syed Hall in 1950. The present building of the Girls Section near the Union Hall was built by the then Vice-Chanellor Dr. Zakir Husain. In 1963 the Madarsa became a primary School and started imparting education upto class V. Prof Abdul Baseer Khan was a senior Professor in Zoology Department and had a high reputation among the teachers and students.He was also the Hony, Treasurer of AMU Students  Union and had given unusual contribution for the school. In 1988, the school was rechristened as Abdul Baseer Khan Union School and upgraded to Junior High School. In 1985-86, the Boys section was established at Emadul Mulk Road. In 1995-96 only the University Employees children were allowed to appear at class IX and in 1996-97 class X as private students at the Board Examination of AMU along with other schools of the University.

Later in 1998 all the students of the school studying in class VIII were allowed to appear as private students at the AMU Board Examination. After that the students of this school were allowed to appear at the AMU Board Examination with a private status. Presently there are nearly 1500 students in the Girls Section from classes I to X. the Girls section is partly double storey building with 24 classes rooms.

The School had a remarkable historic development when the UGC approved to take over ABK Union High School as a regular secondary school of AMU in its meeting on December 22, 2011. In a grand function held on January 14th 2011 at the Boys Section of the school Ex- Vice-Chancellor Prof. P.K. Abdul Azis unveiled the stone of declaring the school as a regular school of AMU with its new name as AMU, ABK High School. The University Grants Commission vide its letter F.No.1-2/2007 (CU) part I. dated 26.04.2013 has also approval conversion of ABK Union High School into Higher Secondary School of AMU w.e.f. 01.04.2013 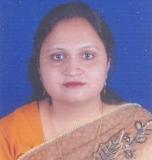