The K. A. Nizami Centre for Quranic Studies is a newly established centre named after Prof. K. A. Nizami (1925-1997), an acknowledged historian of South Asia and Islamic scholar who authored over fifty books and was associated with the University for almost half century, having served under various capacities as Professor and Chairman of the Department of History, Dean of Faculty of Social Sciences, Provost of Sir Syed Hall, Pro-Vice Chancellor, Vice Chancellor and Ambassador to Syria.

The Centre was established under the provisions of the AMU Act of 1981 and its proposal was submitted by Dr. Farhan A. Nizami, Director, Oxford Centre for Islamic Studies (Oxford, UK). It was established following the approval of the Executive Council and on the recommendation of the Academic Council. Management of the Centre is governed by the Chapter XXXVIII of the Executive Ordinance. In conformity with the special provisions of the AMU Act, the objectives of this Centre serve the best interests of the University.

The building of the Centre has been designed by the world renowned architect Professor Abdel Wahid Al-Wakil, recipient of the Agha Khan Prize for Architecture (UK). Two big class rooms and three study rooms have been provided in the Centre's building. There are, in addition to offices for the Director and visiting fellows, a lobby, a conference room, a Display area, a Language Lab, a Library and a Mosque. The building has been furnished and equipped through a grant from UGC under the XI Plan. The Centre is well networked with modern ICT facilities and is equipped with modern teaching aids.

The Centre focuses on teaching and research in the field of Quran and related Sciences. It aims to create links with both national and international institutions devoted to this field, and provides an academic forum for scholars whose interest focus on any aspect of the study of Quran. An important concern of the Centre is to utilise modern facilities in providing conventional learning and therefore courses on Quran and its Sciences will be taught using modern ICT facilities. 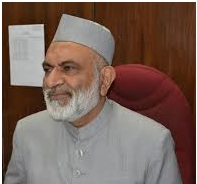