Link of Notices and Circulars of the Department 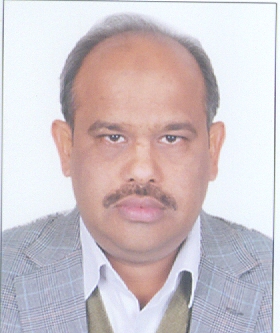 Ekram Khan obtained his Ph. D degree in Electronics Engineering in the area of Image/Video Coding and Transmission from University of Essex, Colchester (U.K.) in 2003. He has joined the Department of Electronics Engineering, AMU Aligarh as a Lecturer in 1993, promoted to reader in 2003 and is currently working as a Professor since March 2009. He was a recipient of the prestigious Commonwealth Scholarship (1999-2002) to pursue his Ph. D. from University of Essex, UK. He has authored and co-authored over 90 papers in refereed reputed journals (IEEE Transactions on CSVT, Multimedia, IET Image Processing, IET Communications, IET Electronics Letters, etc) and international conference proceedings.
His areas of research are low complexity image/video coding, video transmission over wireless networks, video streaming and bio-medical image processing. He has received a research award from IBM J. T. Watson research lab, USA for the best disruptive idea during ICME-2002. During his stay at Essex, UK, he was involved with a European Union project (the MELISA project) examining segmentation and tracking of players in football match videos. He was one of the co-investigator of a short-term project funded by Office of Communication (Ofcom), UK and worked in collaboration with researchers at University of Essex, UK. He was the principal investigator of a successfully completed AICTE (India) funded project (2006-2008). He has spends summers of 2005 and 2006 as academic visitor to University of Essex (funded by Royal Society, UK). He has delivered many invited talks at national and international levels. He is a senior member of IEEE (USA), life member of IETE (India) and life member of SSI (India).